With wide-ranging subject area expertise, Don Isaacson enjoys strong relationships and solid reputations with members of both parties in the State Legislature, Governor's Office and within state and local government in general. In addition to a significant amount of representation before the Arizona State Legislature and local governments, he also represents clients before various Arizona state agencies, including the Department of Health Services, State Liquor Department, Arizona Health Care Cost Containment System, Department of Insurance, Board of Regents, and others.

Since 1989, the firm of Isaacson & Walsh, P.C. *, and its principal Don Isaacson, have been rated AV Preeminent, the highest rating given by Martindale-Hubbell. Martindale-Hubbell has been profiling lawyers and law firms in the United States for nearly 120 years and is a highly recognized source for peer evaluation in the legal profession. Its Peer Review Ratings reflect a combination of achieving a "Very High General Ethical Standards" rating and a "Legal Ability" numerical rating based on five key areas: legal knowledge, analytical capabilities, judgment, communication ability and legal experience. Listing in Martindale-Hubbell’s Bar Register of Preeminent Law Firms, includes only the highest rated firms, those which have been “designated by their colleagues as preeminent in their field.

Don Isaacson is also consistently selected by his peers for inclusion in one of the most visible peer-review publications in the United States, The Best Lawyers in America 22nd Edition (2016), in the category of government relations. Best Lawyers is partnered with U.S. News & World Report, the leading rankings publication in the U.S., to provide law firm rankings in the United States. Isaacson & Walsh*
is one of the few Arizona law firms to be recognized with the highest Tier 1 ranking in the field of government relations, earning the ranking again in 2016.

Best Lawyers, is regarded as one of the most credible and definitive guides to legal excellence in the United States. In recent years, Don Isaacson has been rated in the highest ranking given by Super Lawyers, a patented lawyerrating system based on peer nominations and evaluations, and independent third party research. Candidates are evaluated on twelve indicators of peer recognition and professional achievement. Selections are made on an annual, state-by-state basis. Mr. Isaacson is ranked a Super Lawyer in the State, Local and Municipal practice area.

Arizona Capitol Times' 2015 BEST OF THE CAPITOL Winner Issue has voted Don Isaacson as its Best Male Lobbyist in five of the last six years. The award is presented annually by the Arizona Capitol Times. Additionally, the firm of Isaacson & Walsh*
was one of only two lobbying firms included in the publication's reviews of Top 25 Policymakers of Arizona, appearing along with the Governor and other key elected officials. The Arizona Capitol Times is known among Arizona politicos as the leading source of political news from the State Capitol.

To read more about Don Isaacson, his history and member information you can go to the website of Isaacson & Walsh at http://www.iwlawfirm.com/

Please don’t hesitate to contact us if you have any questions or comments. 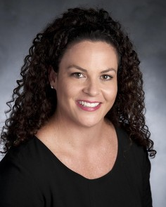 The strength of ALBA’s organization relies on our lobbyist Don Isaacson *.

Don Isaacson practices primarily in the areas of government relations, lobbying, and administrative law. Don has served as general legislative counsel for commercial enterprises having interests within and outside Arizona and for 28 years represented ALBA as its lobbyist. 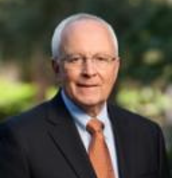 Ms. Cheyenne Walsh partnered with Don Isaacson in the firm on January 1, 2015 and specializes in representing clients before the Arizona State Legislature, and state and local agencies. Walsh received her bachelor’s degree and law degree from University of Arizona.  She also holds a Master of Public Administration degree from Arizona State University.  Prior to entering law school Ms. Walsh worked as a legislative intern for the Arizona Senate Government & Transportation Committee, and as a legislative associate at the League of Arizona Cities and Towns, where she worked closely with municipalities on issues relating to land use, utilities, development fees, taxes and budgets, and transportation.  She also worked as a legal extern in Washington D.C. on the staff of the U.S. Senate Judiciary Committee.  .