An ALBA Premier Affiliate is a group or individual who has given a generous contribution to ALBA in support of our mission – protecting the rights of all of our liquor industry partners.

Please don’t hesitate to contact us if you have any questions or comments.

Our leadership stems from the two founding families: The Chaplins, one of the original founding families of Southern Wine & Spirits; and The Glazers, who founded Glazer's, Inc. When the two companies combined, a powerful mix of company-grown leaders, talent from the beverage alcohol industry, and experts from leading companies outside the industry were brought together. Officially, we’re known as Southern Glazer’s Wine & Spirits. But ask any of our customers, suppliers, or team members and they’ll tell you we’re not just a company. We’re a tight-knit group of friends and family. 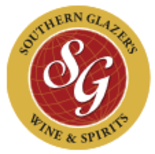 In 1955 Jim Hensley started his company. Today - Hensley is one of the largest family owned and operated beverage distributors in the nation. Through tradition, Hensley is a market leader in beverage distribution delivering an expanded portfolio of world-class products, bringing over 2,500 brands of beer, craft brew, fine wine, premium spirits and non-alcoholic beverages to people all across Arizona. Hensley Beverage Company is proud at being a nationally-recognized leader in campaigns to reduce alcohol abuse, underage drinking, and drunk driving.

Crescent Crown sells and delivers over 26 million cases annually throughout its distribution territories in Arizona and Louisiana including various waters, teas, juices and other non-alcoholic beverages. Crescent Crown Distributing is the #11 largest distributor in the United States​.

Breakthru Beverage Arizona is one of the largest state-wide distributors of wine, spirits and non-alcoholic beverages in the state.  Formerly known as the Alliance Beverage Distributing Company, which was first established in 1999 as a merger between Arizona Beverage and Cactus Beverage, the company serves customers throughout Arizona from facilities in Tucson and Phoenix.

Young’s Market Company began operations in Arizona in 2005. After six years in the marketplace, we formed a joint venture with Republic National Distributing Company, further solidifying our commitment to become the premier wine and spirits distributor in Arizona. Together we have built a winning culture driven by exceptional performance and an entrepreneurial spirit.